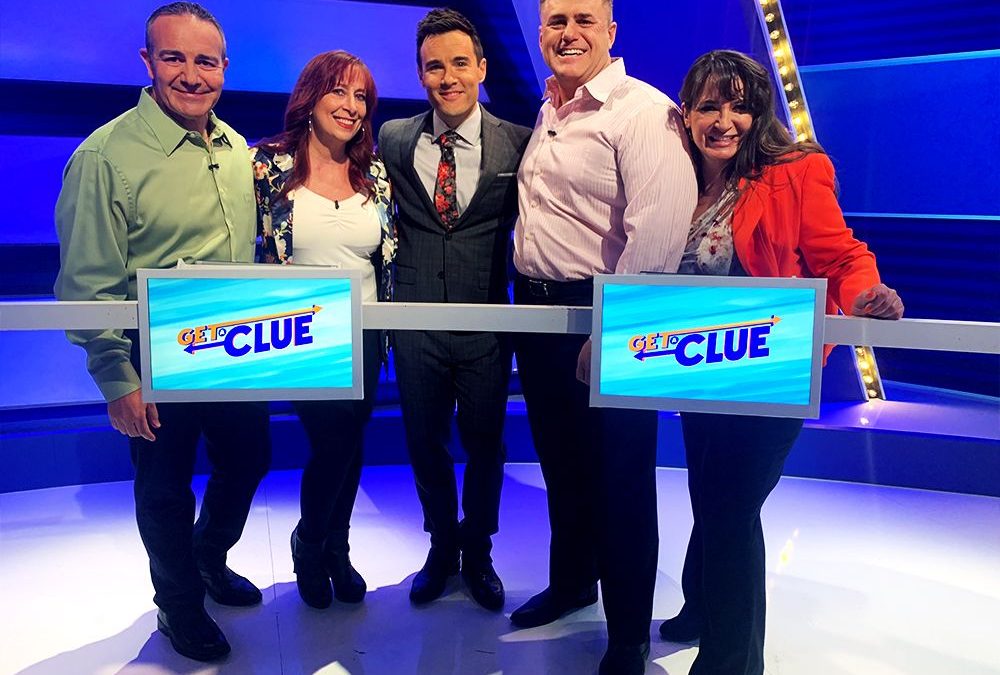 Rob Belushi is the host of ‘Get A Clue’ Game show on The Game Show Network. And yes, he is the son of Actor Jim Belushi.

Get A Clue is on the Game Show Network. This episode originally aired Monday, February 10th 2020 at 4:00p EST. It was Season 1, Episode 6 (I think). We won’t tell you which team won, but, we will tell you that Amy dances with Robert Belushi in this episode!!

Get Notified To WIN!!

Find Out When We Are In Your Area

Enter Your Phone Number To WIN!!